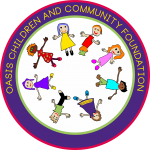 We know there are many people in this world doing great and admirable acts of humanity to change the current world situation. Is this really possible? It can sometimes seem quite a hopeless pursuit (if the doomsayers and negative souls on Social Media have the authoritative word). This is a story that you have probably heard before, and it does put the real world situation in perspective, according to the believing souls that inhabit this beautiful planet.

Once upon a time, there was an old man who used to go to the ocean to do his writing. He had a habit of walking on the beach every morning before he began his work. Early one morning, he was walking along the shore after a big storm had passed and found the vast beach littered with starfish as far as the eye could see, stretching in both directions.

Off in the distance, the old man noticed a small boy approaching. As the boy walked, he paused every so often and as he grew closer, the man could see that he was occasionally bending down to pick up an object and throw it into the sea. The boy came closer still and the man called out, “Good morning! May I ask what it is that you are doing?”

The young boy paused, looked up, and replied “Throwing starfish into the ocean. The tide has washed them up onto the beach and they can’t return to the sea by themselves,” the youth replied. “When the sun gets high, they will die, unless I throw them back into the water.”

The old man replied, “But there must be tens of thousands of starfish on this beach. I’m afraid you won’t really be able to make much of a difference.”

The boy bent down, picked up yet another starfish and threw it as far as he could into the ocean. Then he turned, smiled and said, “It made a difference to that one!”

One step by one step, those of us who have a calling to live our life purpose by making a difference in the big wide world, continue to move forward to create change. We all have the opportunity to help create positive change, but if you’re like me, you may have thoughts of, “I’m really quite busy in my life right now, how much can I really make a difference? And am I ready to commit myself to this cause with everything else that is happening in my life?” Maybe the project you have in mind is rather a large one that addresses massive social change, like ending logging in the Amazon, or the scale is rather overwhelming to contemplate, such as ending world hunger.

I too have felt these feelings of inadequacy to deal with the project vision I have of healing all the children of the world through natural therapies. Yet, one by one, I treat the children I meet and make a massive difference to their life and their personal environment. Along with the treatments, I train therapists and teachers and parents the healing work I do, so they can continue generating transformations with the children. Little improvements mean the world to these children who have nothing to start with.

Procrastination can arise when you think that you have to conquer the world because the challenge before you is overwhelming. Break it down into smaller manageable chunks that can be easily accomplished bit by bit. It all adds up in the end. And remember, your perspective is not the same as the other person’s. Your little bit can make a monumental difference to those you choose to help, just like the starfish in the story.

Help us raise funds to assist children with blindness and disabilities in Bali and Thailand! $100 Every dollar you give will make a difference! Donate Now